5 Trees to Look for This Spring in Ohio 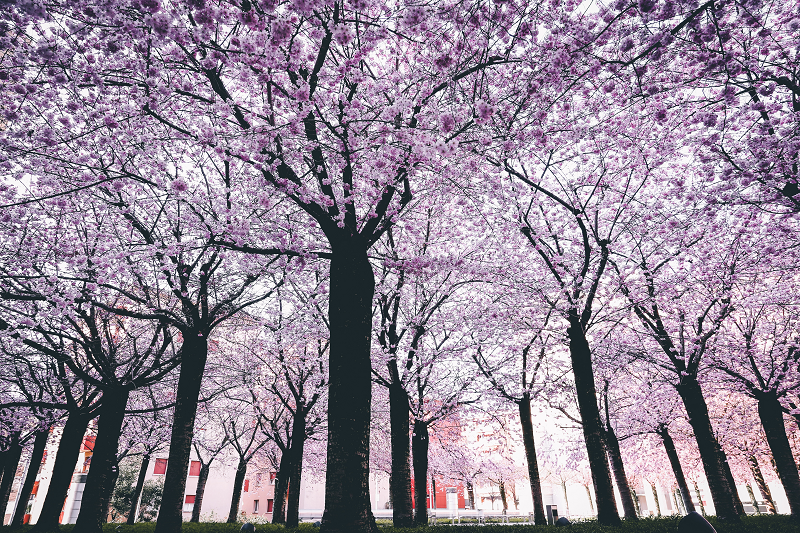 5 Trees to Look for This Spring in Ohio

Very few things are as calming and peaceful as the blooming spring trees and flowers. The aroma put off by some of our most native trees always creates a childhood nostalgia and fuzzy feeling inside; the cardinals, blue jays, and robins are back north and making their presence known; winter is gone. Listed below are 5 of Ohio’s most popular trees to keep an eye out for during the spring season.

Whether you realize it or not, you have seen plenty of Hawthorn trees throughout the Ohio and Midwest area. The Hawthorn tree is one of Ohio’s most popular tree, typically found in wooded and flat areas. This tree family has around 60 different species which can make them hard to differentiate at times. Some Hawthorns have thorny characteristics used to fight off wildlife from grazing and removing its bark, but there are species of thornless Hawthorn that make for a beautiful tree to plant in neighborhoods and other residential areas. Hawthorns are deciduous and have an average height of 20 to 40 feet. You can spot these trees in the spring time because they have a gorgeous spring bloom of pink and white flowers.

The Boxelder is a deciduous tree stemming from the Maple Family and grows up to 50 feet tall. The Boxelder received its name because its wood was commonly used for making wooden crates, boxes, and pallets. Although the tree is one of the boxelder bug’s favorite vacation destinations and isn’t the most aesthetically pleasing, the tree has become a useful resource for both humans and wildlife. Native Americans used this tree for a variety of tools, furniture, and instruments while birds, deer, and squirrels often resort to the Boxelder for their meals.

Red Maples are a popular tree spotted throughout Ohio and the Eastern United States. The tree is sometimes considered a rival to the west coast’s Bigleaf Maple.  Although a deciduous hardwood, Red Maple is considered a soft maple in comparison to the Sugar Maple. Sugar Maples, where we get most of our syrup from, is the most popular hard maple tree. Like the Boxelder and Silver Maple trees, red maples have a slightly softer texture than sugar maples. Red Maples can grow up to 70 feet, prefer a wet rich soil, and are commonly found near creeks or open areas where moisture can easily find its way to the tree.

The Black Tupelo, also called the Gum Tree, prefers moist soil and grows up to 60 feet tall. To spot this tree throughout the Ohio area look for its alligator-like bark and glossy dark green leaves during the spring and summer. Like many deciduous trees, however, the Black Tupelo really shows its colors during the fall foliage when its leaves turn orange, yellow, and red. The Black Tupelo is a great source for honey and helps drive Florida’s million dollar honey business.

*Spring adventure challenge: Listen to Van Morrison’s Tupelo Honey album and spot as many Black Tupelo’s as you can.

The Flowering Dogwood is indeed a popular ornamental tree spotted in neighborhoods all over the Midwest and east coast, but it also has a long history for being the wood used to make high impact tools and instruments such as golf club heads, chisels, and mallets as well as textile machinery. Flowering Dogwood lumber has a distinct, smooth, and close-grained texture. The tree’s most lethal predator is the dogwood borer which infests the trees during its larval stage. When healthy and able to fight off pests, this tree blooms with beautiful white flowers during the spring time.

If you are interested in planting new trees or flowers, need an old tree removed, or have trees in need of pruning Contact Clean Cut Trees today.